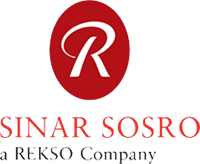 PT Trakindo Utama (Trakindo) is the world-class heavy equipment solution provider of Caterpillar machines and engines in Indonesia. Trakindo was founded in 1970 by AHK Hamami and has been an authorized distributor for Caterpillar since 1971.
Today, with a proud history of more than 45 years, Trakindo has grown today into a company that actively contributes to Indonesia’s national development.

Schlumberger is the world's leading supplier of technology, integrated project management and information solutions to customers working in the oil and gas industry worldwide. We employ over 120,000 people and work in more than 85 countries. We leverage strong local experience and the diversity in thought, background, and knowledge that more than 140 nationalities bring. Schlumberger provides the industry's widest range of products and services from exploration through production.