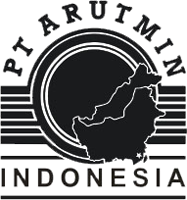 PT Arutmin Indonesia is one of the major coal producing and exporting companies in Indonesia. Arutmin signed coal mining contract with the Government of Indonesia in 1981. It known as coal contract of works (CCoW). Company manages five mines are Senakin, Satui, Asam - Asam, Kintap and Batulicin  also an international coal export terminal. Those are  located at South Kalimantan. At Senakin mine, Satui mine, and Batulicin mine hold world-class Bituminous deposits while Asam  Asam mine holds extensive Sub-Bituminous deposits.
PT Arutmin Indonesia (Arutmin) is looking for selected employees to thrive together, work using international standard systems, and strive to become the best in the coal industry.

PT Bank Tabungan Negara (Persero) Tbk or Bank BTN  was established in 1897 under the name of Postspaarbank. The name was changed to Bank Tabungan Pos in 1950 and finally became Bank Tabungan Negara in 1963. Bank BTN listed its stock offering on 17 December 2009 on the Indonesia Stock Exchange, and was the first Indonesian bank to securitize asset by recording Asset Backed Securities - Collective Investment Contracts (KIK-EBA).

PT Astra Daihatsu Motor (ADM) is the sole agent for Daihatsu cars in Indonesia, supported by an extensive distribution network in Indonesia under management of Daihatsu Sales Operation (DSO). In line with the slogan “Daihatsu is my best friend”, Daihatsu in Indonesia focuses great emphasis on service and innovation to indulge customers like a reliable and trustworthy friend. 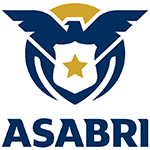 PT ASABRI (Persero) is a State-Owned Enterprise (SOE) in the form of Limited Liability Company in which all shares are owned by the Republic of Indonesia represented by the Minister of SOEs as the Shareholders or GMS based on the Regulation of the Government Number 41 of 2003 on the Allocation of position, tasks and authority of the Minister of Finance on Persero, Perum and Perjan to the state Ministry of State-Owned Enterprise.