February 1, 2021, which coincided with 19 Jumadil Akhir 1442 H, marked the historical merger of Bank Syariah Mandiri, BNI Syariah, and BRI Syariah into one entity, namely PT Bank Syariah Indonesia Tbk (BSI). This merger will unify the advantages of the three Sharia Banks so as to present a more complete service, wider coverage, and have a better capital capacity.
Supported by synergies with parent companies (Mandiri, BNI, BRI) and the government's commitment through the Ministry of BUMN, Bank Syariah Indonesia is encouraged to be able to compete at the global level.

The change of Bank Sinar Harapan Bali name to be Bank Mandiri Taspen Pos (Bank Mantap) is not just a name change, but affirming our service commitment to the public and our stakeholders as well as to all Indonesian people. The name change also followed by a renewed commitment to improve performance and provide meaningful benefits to all Bank Mantap stakeholders.

Be a part of a revolutionary change
At PMI, we’ve chosen to do something incredible. We’re totally transforming our business and building our future on smoke-free products with the power to improve the lives of a billion smokers worldwide.
With huge change, comes huge opportunity. So, wherever you join us, you’ll enjoy the freedom to dream up and deliver better, brighter solutions and the space to move your career forward in endlessly different directions. 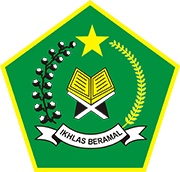 The Ministry of Religion is the ministry in charge of administering the government in the field of religion. The proposal for the establishment of the Ministry of Religion was first submitted by Mr. Muhammad Yamin at the General Meeting (Session) of the Investigative Agency for Indonesian Independence (BPUPKI), July 11, 1945.
The purpose and objective of establishing the Ministry of Religion, apart from meeting the demands of the majority of religious people in the country, who felt that religious affairs in the colonial era did not receive proper service, are also to ensure that matters relating to religious affairs are managed and organized by an agency or institution. special ministry, so that accountability, policy, and tactics are in the hands of a minister.