PT KCIC has become a part of the Indonesian community to develop beyond transportation and offer more than just business, by creating harmony in combining transportation and regional integration, in a sustainable manner.
Founded in October 2015, PT Kereta Cepat Indonesia China (KCIC) is a joint venture between a consortium of Indonesian State-Owned Enterprises (BUMN) through PT Pilar Sinergi BUMN (PSBI) and a consortium of Chinese railroad companies through Beijing Yawan HSR Co.Ltd, with Indonesia business to business (B2B) scheme in public transportation sector. 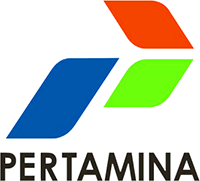 TRANS7 with a commitment to serving the information and entertainment shows, graced the screen in the living room of Indonesia viewers. Starting from the strategic cooperation between the Para Group and the Kompas Gramedia Group (KKG) on August 4, 2006, TRANS7 born as a private station that presents impressions that promotes intelligence, sharpness, warmth and full of entertainment and active personality.

Badan Penyelenggara Jaminan Sosial Kesehatan (BPJS Kesehatan) is a Legal Public Entity operated since January 1, 2014 (previously known as PT Askes (Persero)) and have a vision of "Cakupan Semesta 2019" where no later than January 1, 2019, the entire population of Indonesia has national health insurance for the benefit of health care and protection in fulfilling the basic needs of health, that organized by a reliable, superior and trusted BPJS Kesehatan.