BRISyariah was established on December 19, 2007, following the successful acquisition by PT Bank Rakyat Indonesia (Persero) Tbk over PT Bank Jasa Arta. PT Bank BRISyariah officially performed its banking activity under Sharia principles on November 17, 2008, after having managed to operate as conventional bank.
The business activity of BRISyariah was even stronger after the signing of the Separation Deed of the Sharia Business Unit of PT Bank Rakyat Indonesia (Persero) Tbk. to merge into PT Bank BRISyariah (spin-off process) dated December 19, 2008, which was effective on January 1, 2009. 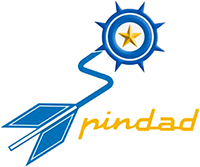 PT Pindad (Persero) is one of Defense, Security and other Industrial Equipments company which is under the Ministry of State-Owned Enterprise (BUMN) which has a vision to become a leading producer of defense and security equipments in Asia in 2023, through products innovation efforts and strategic partnerships with the mission to carry out integrated efforts in defense and security equipments as well as industrial equipment to support national development and specifically to support National Defense and Security.

Since being established on May 26, 1995, Telkomsel has consistently served Indonesia, opening telecommunications access across the country, from Sabang to Merauke.
With more than 170 million customers, Telkomsel is currently the largest cellular operator in Indonesia. To serve customers all over Indonesia, even in remote areas, outer islands, and border areas, Telkomsel has built more than 209,000 BTS.

PT United Tractors Tbk (United Tractors or UT) is the leading and the largest distributor of heavy equipment in Indonesia, offering products from world-renowned brands, such as Komatsu, Komatsu Forest, UD Trucks, Scania, Bomag, and Tadano. The Company’s business started back in 1972 as an exclusive distributor of Komatsu products in Indonesia. It continued to grow; and on 19 September 1989 United Tractors listed the Company’s shares in Jakarta as well as Surabaya Stock Exchanges, with PT Astra International Tbk as the majority shareholder. This public listing also marked the commitment in becoming a world-class solution-driven company.